IT technologies, like other technologies and products of human thought and work, in different periods of their existence have different meanings and value for their users. Under the influence of various activities to which a given IT technology is subject (i.e. changes, extensions, improvements, changing expectations, user experiences), its potential changes over time. This phenomenon is illustrated by the technology life cycle “s-curves” as shown below in Figure 1.

Quite often, in the early stages of their life cycle, newer IT technologies fail to achieve the parameters and capabilities of older generation technologies. For a new technology to fully realize its potential, it needs to be refined, which generally requires a lot of analysis, research and improvement. This overlaps with the process of emergence and development of new technologies, which often uses new ideas and methods of operation, with higher parameters and possibilities. They replace older technologies in industrial applications, providing new opportunities for their users.

There are at least two basic decision challenges related to the technology life cycle and the introduction of new generation IT technologies, including:

Withdrawal from an older technology too early risks losing the benefits of using it in the period when it meets the expectations related to it. And when the withdrawal occurs before any return on investment is realized may even result in some kind of loss to the business. Furthermore, if it’s too late to start work on implementing a new technology, it may no longer be possible to catch up to your competitors if they have already undertaken the appropriate work in a timely manner, resulting in loss of competitive advantage or even the ability to compete in general. Hence the importance and the need to carefully prepare decisions to undertake work on introducing new technologies.

Taking into account the importance and competitive power of technology and its potential impact on companies that enjoy a market leading position due to having some technological advantage, technologies used in specific industries or sectors can be classified as follows (after G. Stonehouse):

A company interested in gaining a competitive advantage on the market should primarily use key technologies, with the option of replacing them in the future with technologies that set the pace (progressive). Using commonly used base technologies to gain an advantage is usually not enough.

The typology of technology, with the degree of saturation of potential applications and decisions about their future in the company, is presented in Figure 2.

Base technologies achieve the highest degree of saturation of potential applications. These applications, however, reach a limit (or maximum level of efficiency), which will decrease in the future, because market players, striving to gain or maintain a competitive advantage, will increasingly introduce key technologies. Hence the recommendation for base technologies is to withdraw or "retreat selectively".

Recommendations for other types of technology are:

Here at INNOKREA, we also had to deal with aging technologies. Around 4 years ago, we developed an e-commerce solution called internalBID. The solution enables companies to sell off any retired equipment through a dedicated auction system.

The original MVP (Minimal Viable Product) was developed based on Wordpress, however, we realised through our testing that there were some limitations with its customization. It was obvious that we needed to move to a different technology.

To ensure that our solution is future-proof and meets customer expectations, we made the decision to re-develop the solution by rewriting it in the latest software technologies.

We are constantly monitoring the market and looking for opportunities on where we need to improve our solution. Such decisions help drive our business forward and give us a competitive edge, but most importantly, it ensures our viability by keeping up with the changes in technologies. 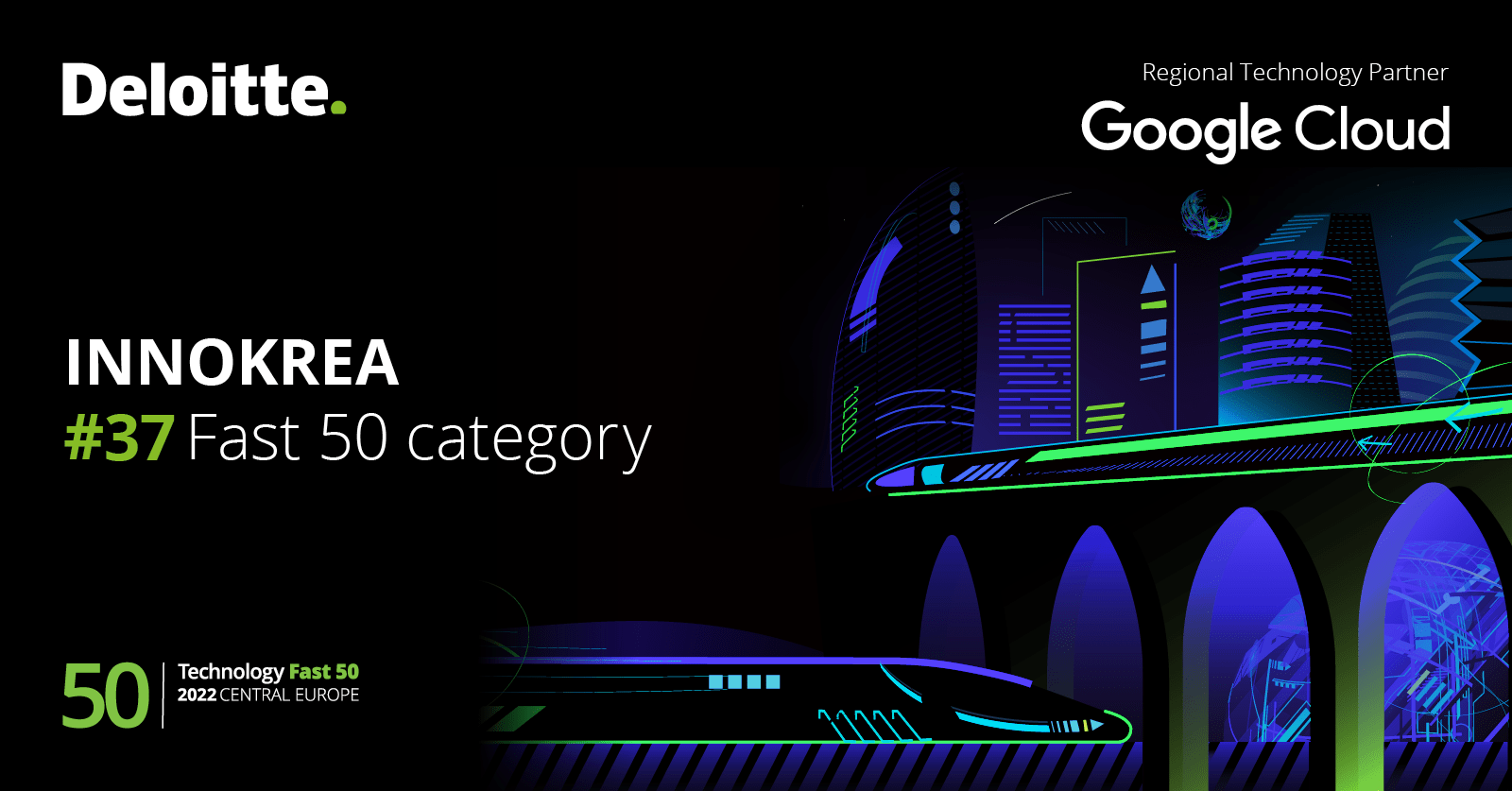 We are delighted to have been recognized in Deloitte's prestigious ranking as the fastest growing technology company in Central Europe. 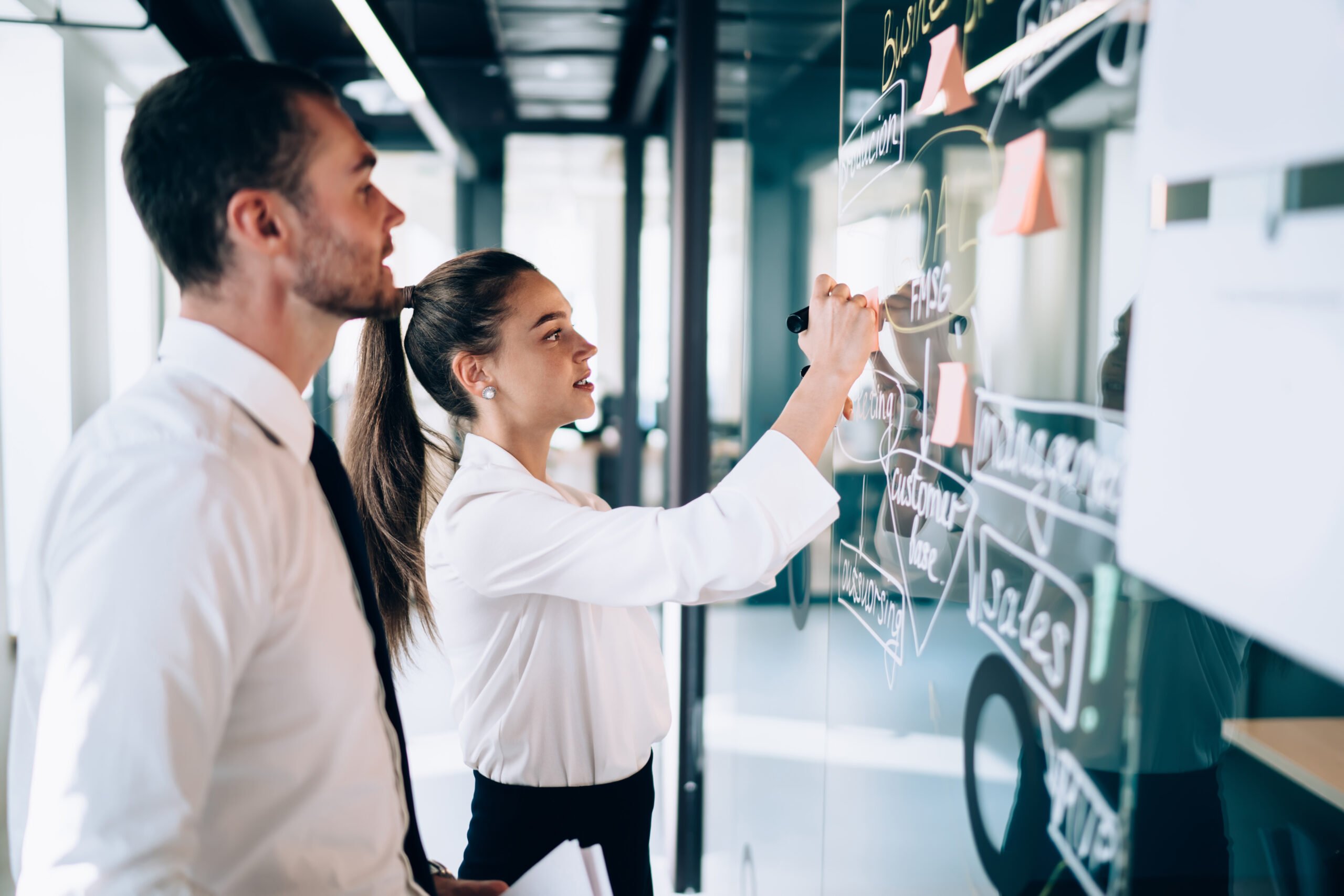 How to optimize business processes using the process mapping method?

In this article, you will learn how to optimize your business processes using the process mapping method to increase the efficiency. 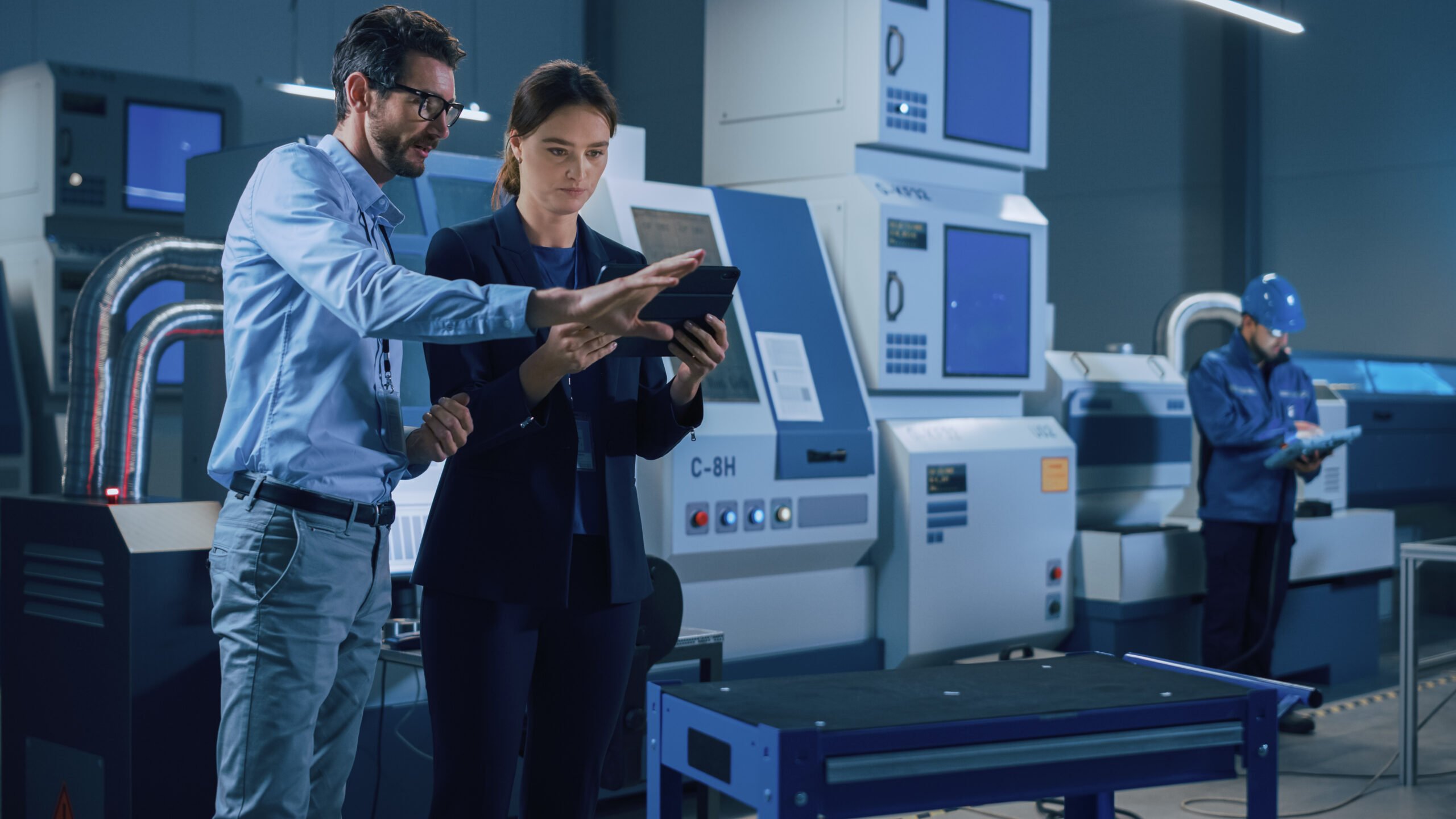 Digitization of company processes – what is worth knowing?

Digitization of processes involves bringing technological solutions into a company and enables it to keep pace with changes in the economy. 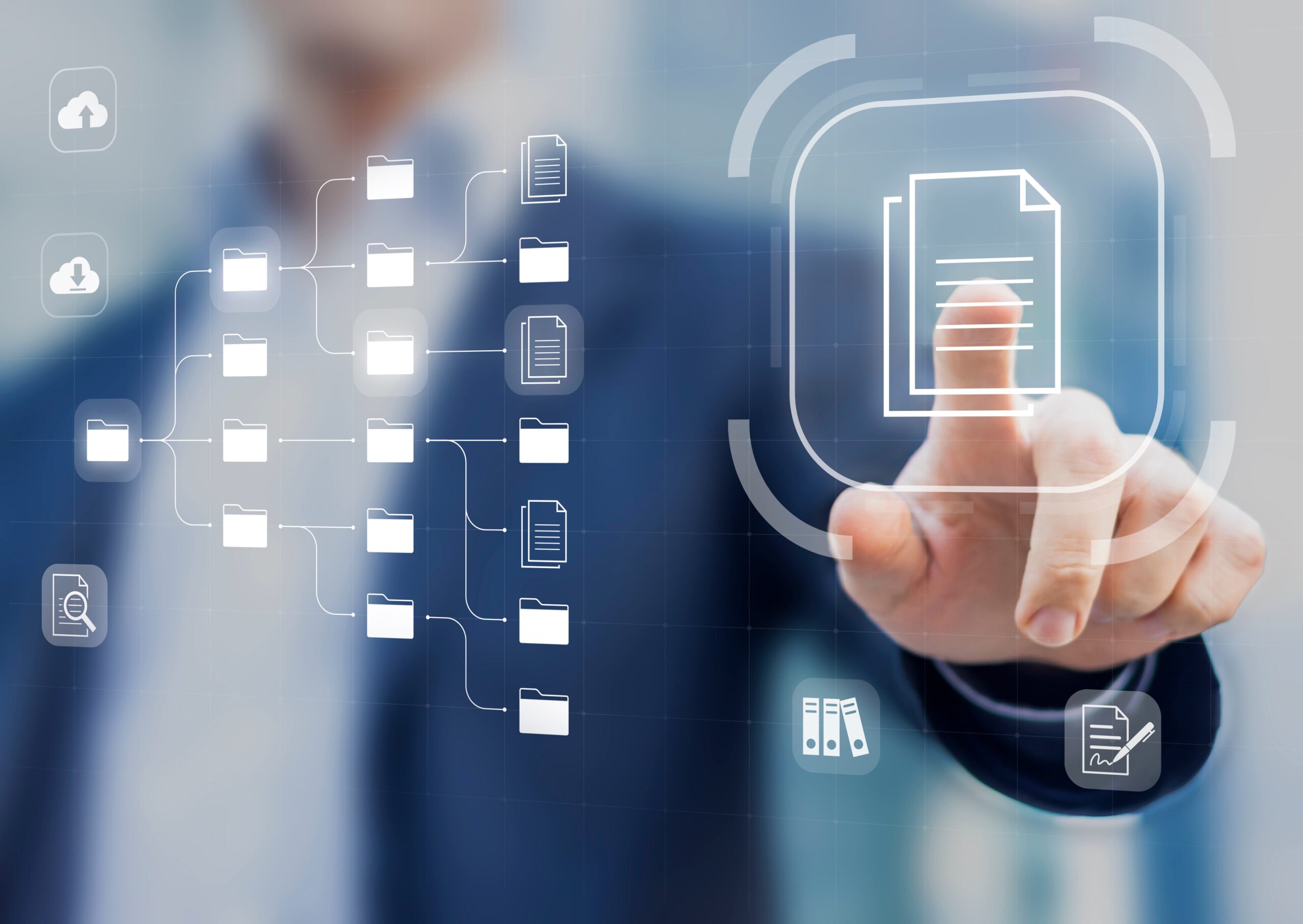 Pros and cons of digitization in manufacturing processes

Digitization of production processes has become one of the most important trends in the manufacturing industry. Learn about the pros and cons of digitization.

Industry 4.0 and its impact on manufacturing companies

Industry 4.0 What impact does digitization have on manufacturing companies? What opportunities do digital technologies offer? What are the benefits of the digital revolution?

How to increase operational efficiency in a manufacturing company?

What changes have occurred over the past few years?  How do you create value with BPM? How does BPM improve operational efficiency in manufacturing companies? 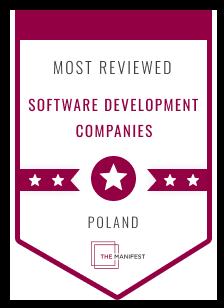 The Manifest Names Innokrea Among Poland’s Most Reviewed Software Developers

Evaluation of IT projects

How to know if our projects are going in the right direction and will achieve their goals? 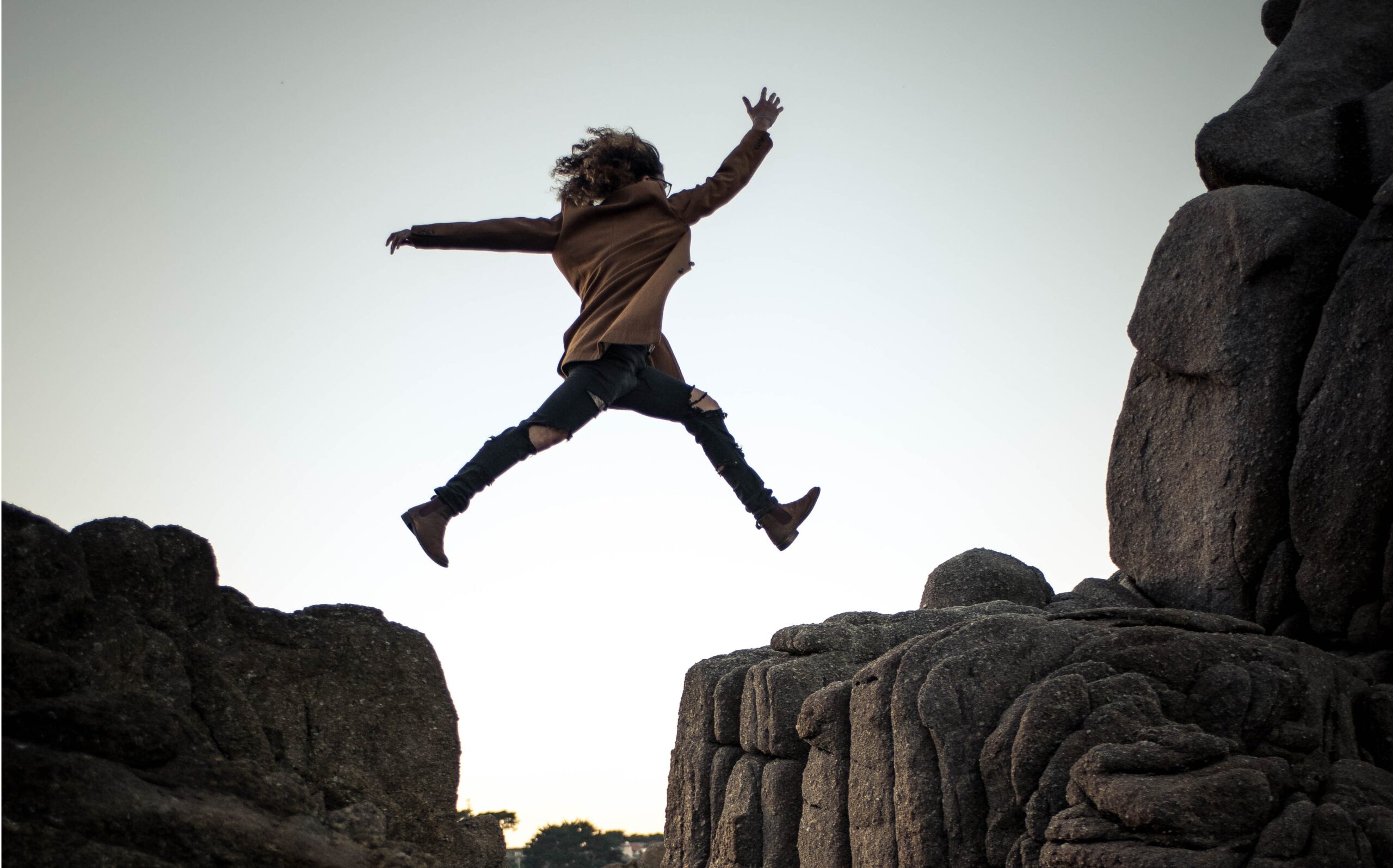 Main challenges and risks of IT projects

Proper and pragmatic risk management can save a lot of money 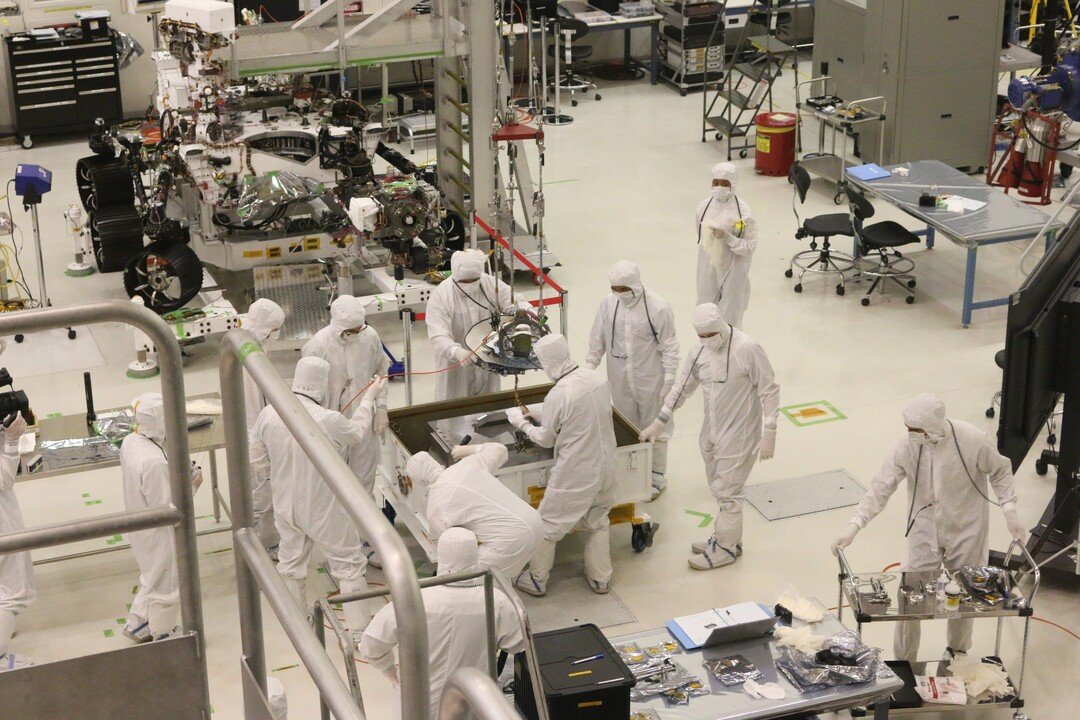 IT project implementation might be challenging. It is important to take into considerations potential impact of the deployment on all business processes. 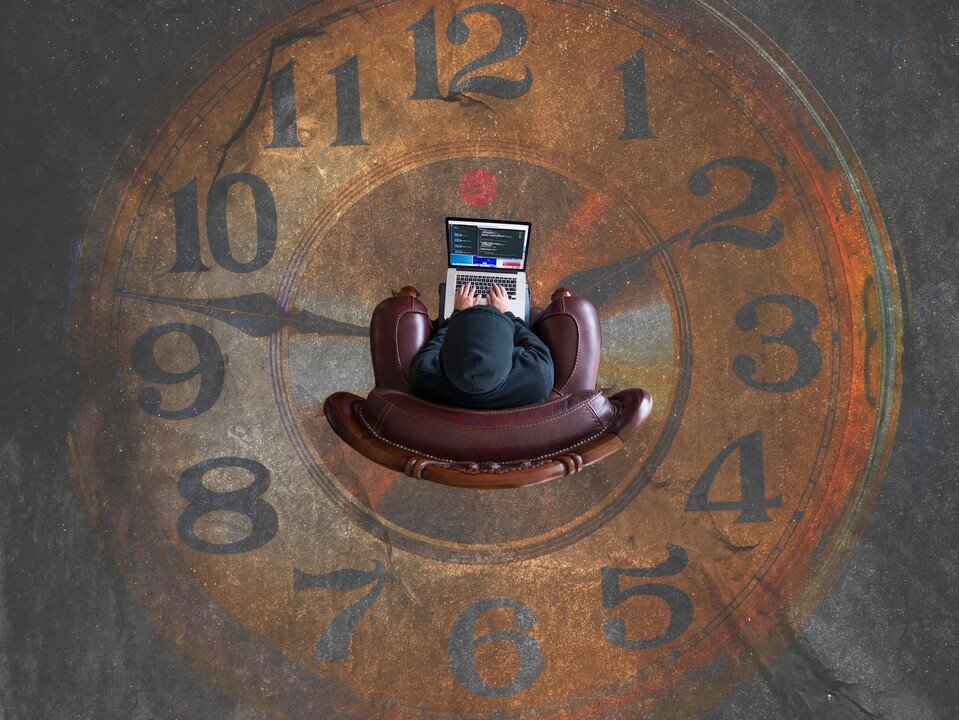 Planning of IT projects – constraints

Imagine an IT project without any constraints 😉 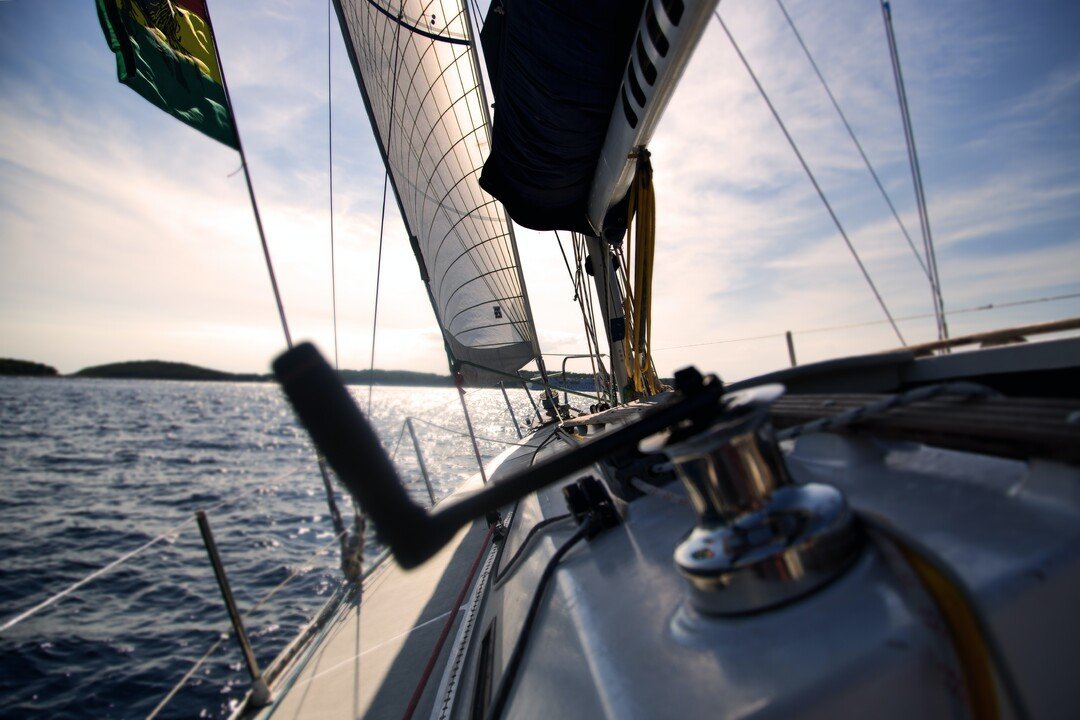 Planning of IT projects – smart goals

“If one does not know to which port one is sailing, no wind is favourable.” — Seneca 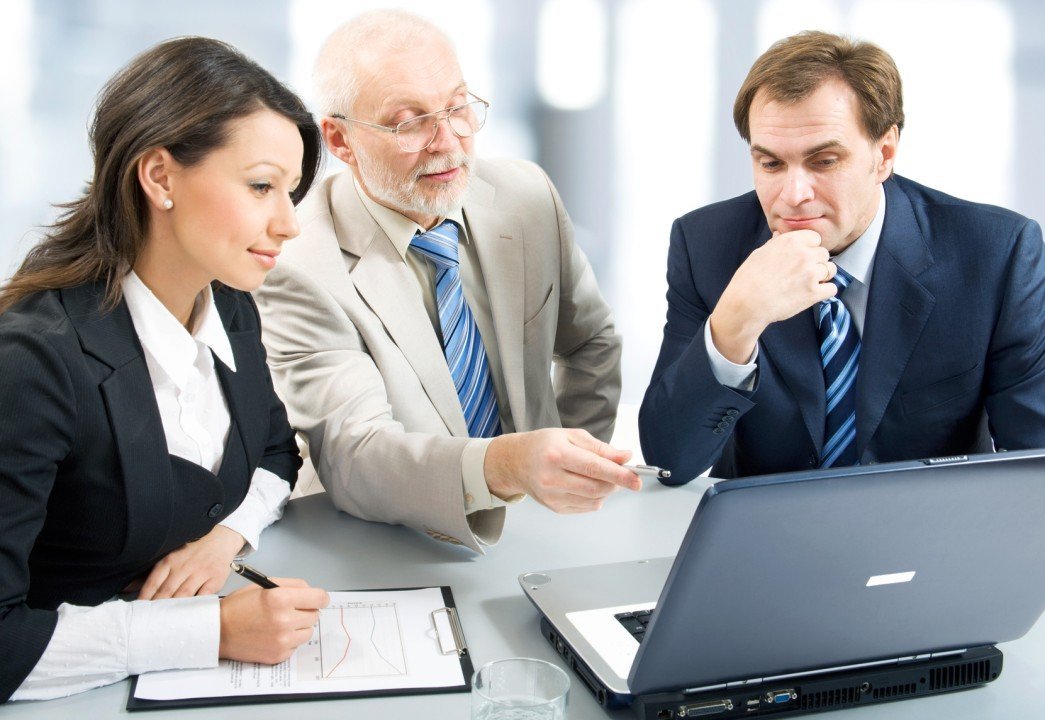 Planning and selection of technologies – Assessment of investments in IT technology

How to assess the financial effectiveness of investments in IT technology ? 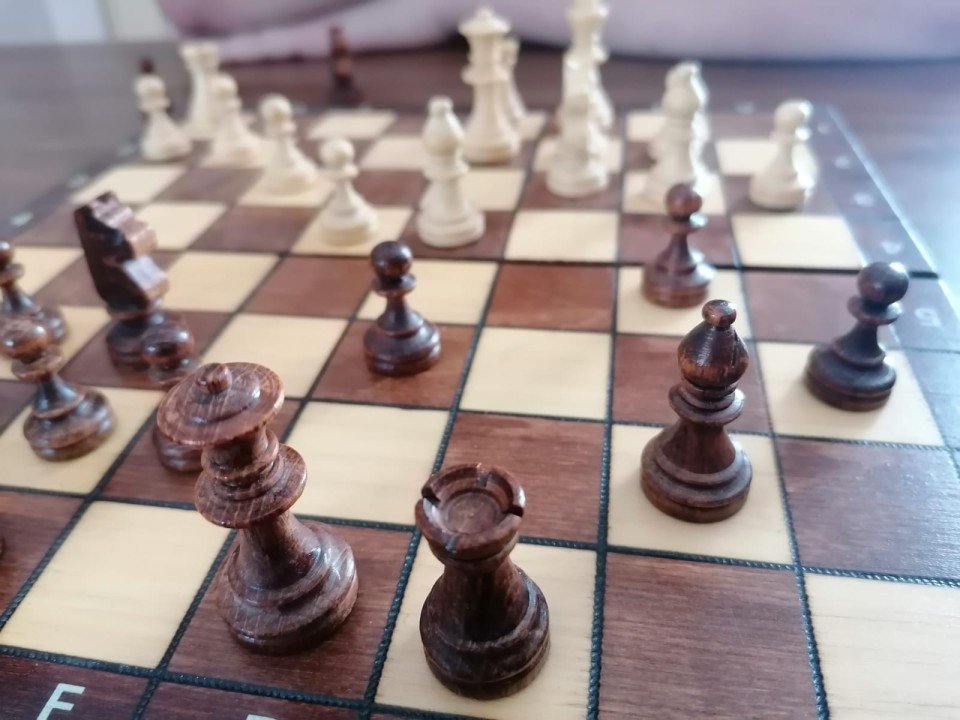 When considering the transfer of a given IT technology to a company, we should take into account its readiness and the company's ability to absorb it. 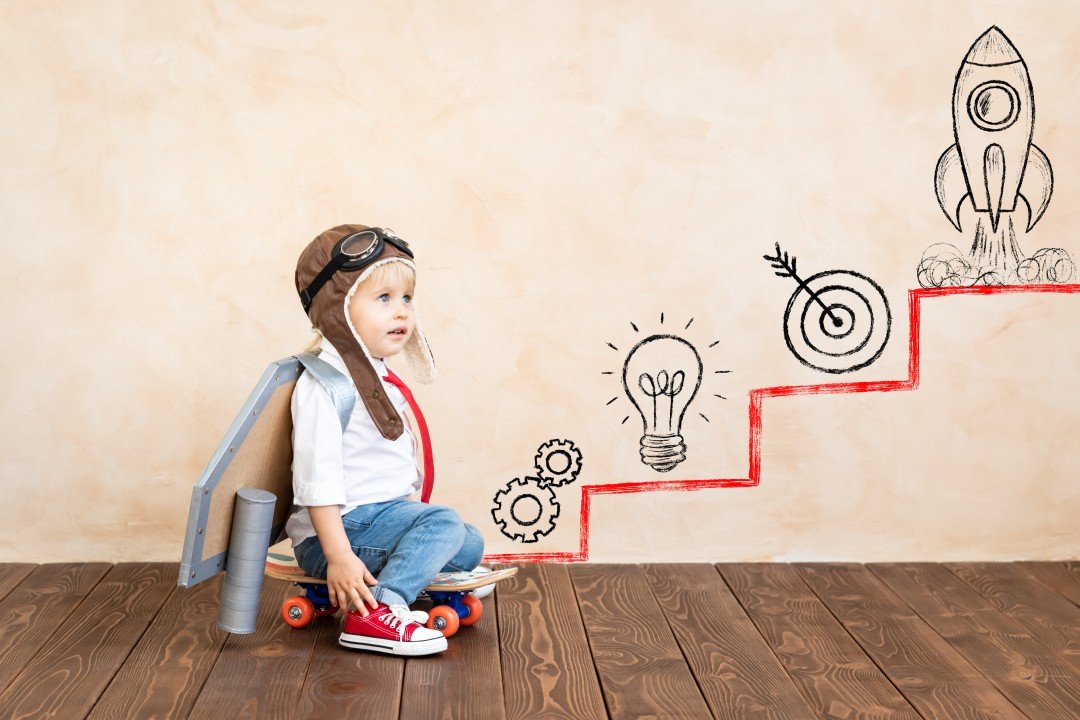 Planning and selection of IT technologies in companies

Methods of creating an IT technological strategy

A key instrument for developing a targeted technological strategy (including IT) is to define its goals. 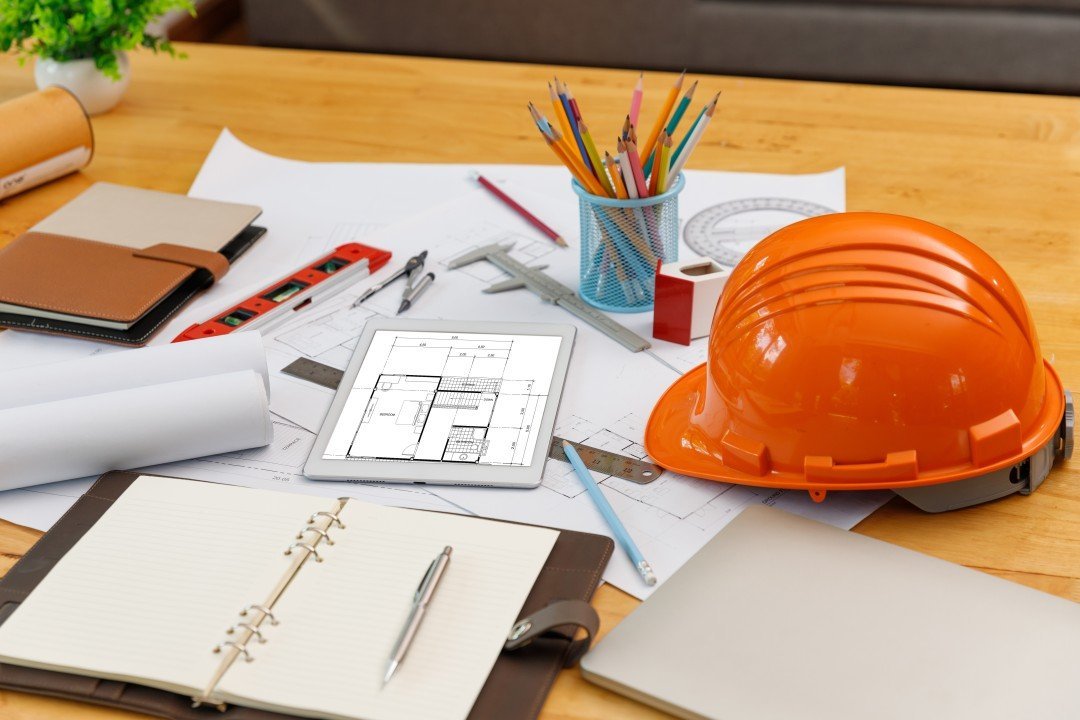 The concept and formulation of a technological strategy

A competitive advantage might be built by mastering many different technologies. That process requires strategic analysis, choice, planning and implementation.

Strategic conditions for the development of IT technology

Business strategy and IT strategy must be united to conquer targeted markets. 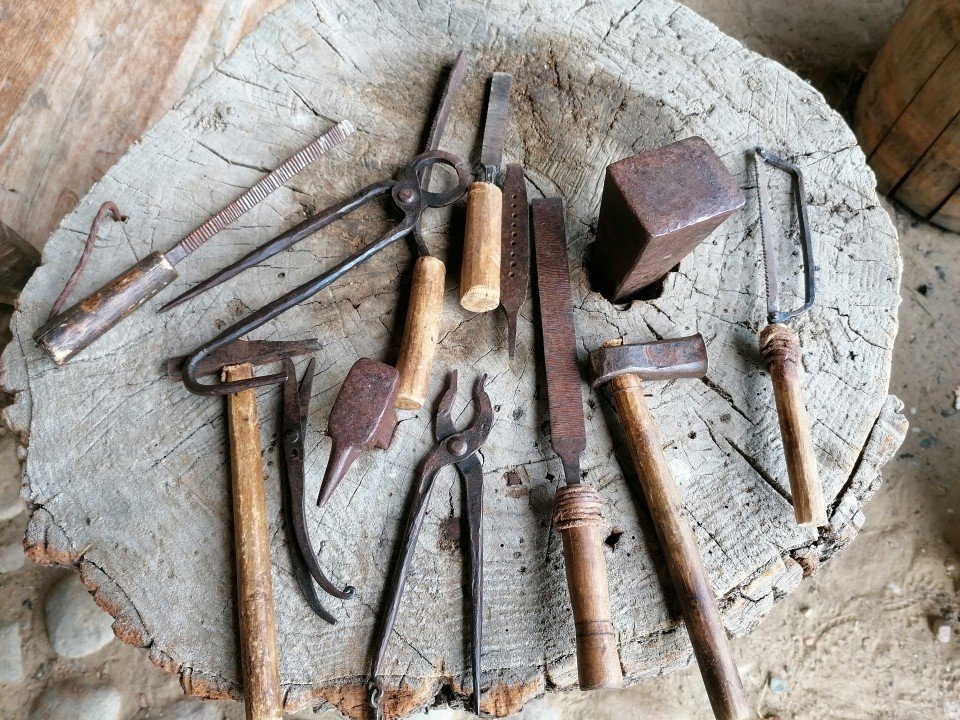 Sources of IT technologies

Enterprises interested in building a competitive advantage on the market through technology development can use internal, external and/or combined sources. Which model suits the best your company ?

IT technologies, like other technologies and products of human thought and work, in different periods of their existence have different meanings and value for their users.

Let's talk about your project